Bitcoin as a way to Russian gas?

In the last article we mentioned that Russia will accept payments for natural resources only in Ruble. But...

Perhaps due to the negative reaction of some countries, the Russian Federation has hinted that it might accept also the cryptocurrency Bitcoin (BTC) as a form of payment for the export of natural resources.

This possibility was mentioned by the chairman of Russia’s energy committee Pavel Zavalnyj. Zavalnyj explained what options are on the table in the event of natural resources being sold to their customers which largely include the European Union. This comes at a time when there is an intense debate in the European Union about whether and how to continue to buy natural resources from Russia.

However, Russia has adjusted the payment options for different countries. Friendly countries such as China or Turkey which do not put pressure on Russia can switch to national currencies such as rubles or yuan for payments. Turkey can pay in lira or ruble. If they want bitcoin that is also an option. 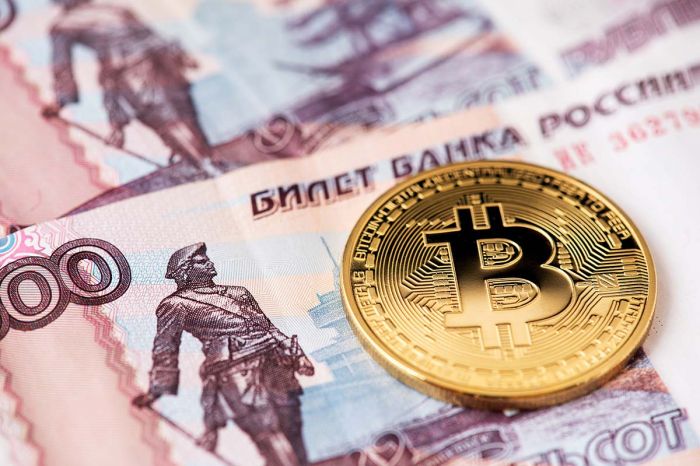 The statement by the chairman of Russia’s energy committee came shortly after Russian President Vladimir Putin announced on Wednesday that hostile countries which include the U.S., NATO members and also European Union countries will have to pay for these raw materials in Russian rubles.

Read also: Will Russian gas save the ruble?

Putin has mentioned Bitcoin in the past regarding Bitcoin as a form of payment for Russian oil or gas. Putin also responded to its use  cases last year when he said that Bitcoin is still very speculative, but he also said that he sees a potential in it. Now that Bitcoin is in the position of a decentralized currency that is not at risk of sanctions in the manner of the Russian Central Bank’s freezing of dollar and euro reserves it is clear that Russia sees a theoretical opportunity for its use.

How did Bitcoin react?

The Bitcoin price has likely reacted to this information as BTC is now up over 3% and trading above the $44,000 level for the first time in a while. The chart also shows that today’s appreciation from $43,000 to $44,000 for 1 BTC happened just as this information was being publicized.