Binance exchange is in trouble again

Binance has a lot of to explain. Problematic ICO, money laundering, market manipulation and much more.

In the past, operating a cryptocurrency exchange and, in fact, any crypto project was very simple from a legal point of view. There were virtually no laws and regulations that applied to this industry. The situation is currently diametrically different, and relatively strict regulations are in place in most jurisdictions. This causes problems not only for the startups but also for the biggest players, such as undoubtedly the most famous cryptocurrency exchange – Binance. The US SEC has begun to take an interest in its operation, and the investigation is underway. If illegal activity is detected, this could also significantly impact their native cryptocurrency, Binance Coin (BNB).

Did Binance offer unregistered securities during the ICO?

This is exactly the question that the US Securities and Exchange Commission is currently addressing. As many other crypto projects, Binance started its business through ICO (Initial Coin Offering). In it, they offered Binance Coin (BNB) for public sale, which was created in 2017 as an ERC-20 token operating on Ethereum blockchain. The initial offer of 100 million tokens at a price of 15 cents helped the exchange obtain financing of $15 million. The money was used to improve the platform, company growth, marketing, staff training, etc. 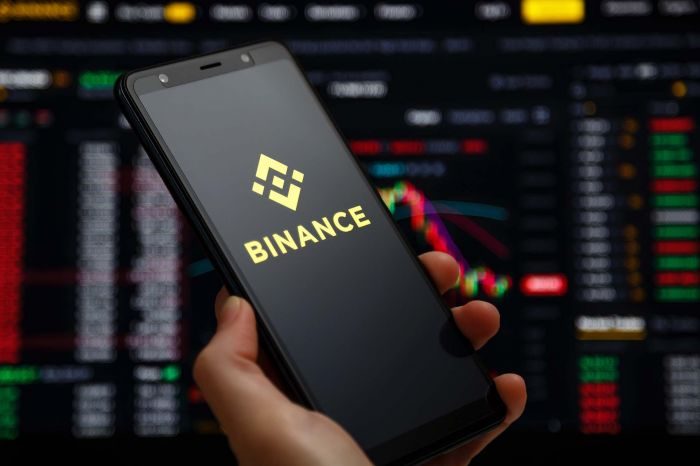 The SEC seeks to determine whether such an offer was a form of the investment agreement, which is subject to different regulatory frameworks. Tokens were sold to investors to finance a company with the promise of future profits. The BNB has since moved to its own blockchain and is now used as a native exchange coin, which you can trade directly, use it for purchases and payments, and also serves as a means of obtaining a discount on transaction fees on the platform.

Another cryptocurrency, Ripple (XRP), is going through a very similar situation through an ongoing dispute with the SEC. In this case, however, even after a long time, the SEC did not come to a clear conclusion as to whether the law had been broken. Therefore, it is surprising that this institution has started on another almost identical investigation. According to many experts, they are wasting resources they could have used to complete the XRP investigation. In addition, a possible success would give them precedent, and they could then apply it much more easily to other cryptocurrencies.

To make matters worse, Reuters published a special report according to which the exchange was to serve as a platform for money laundering from 2017 to 2021. The agency claims that the exchange processed transactions from various hacks, frauds and illegal drug sales. In 5 years, it is expected that the transactions were worth more than $2 billion. Reuters obtained this data through collaboration with analytical companies Chainalysis and Crystal Blockchain.

In response, Binance shared e-mail communications with Reuters reporters, saying the report was full of lies and weak arguments. They also added that the agency should not rely on various “guaranteed leaks” of information, which could only be motivated by dependence and the intention to harm the company. Binance also defends itself by arguing that its AML (anti-money laundering) policy is among the most stringent in the market and helps law enforcement deal with cyber and financial crimes.

The problems of Binance do not end here

In addition to the allegations mentioned above, the largest exchange and its representatives have various other problems. The authorities are also investigating the Binance US, in which it is unclear whether it is separated from the main company in its activities as they claimed. Two market-making companies are also investigated, with which Binance’s founder, Changpeng Zhao, is connected. As a bonus, the Department of Justice, the IRS and the CFTC are investigating Binance for insider trading, market manipulation and other alleged crimes.

The exchange does not want to comment on these topics yet, as an investigation is underway. However, they are allegedly happy to provide the authorities with all the necessary information. Binance officials also said that there is probably no other exchange that would do more to meet all the requirements of regulators around the world.

You may also like: Is Bitcoin getting ready for a rise?

These are indeed many different accusations, which are a problem for Binance even in absolute respect for the presumption of innocence. Binance is one of the largest cryptocurrency exchanges in the world, and their cryptocurrency BNB currently has a market capitalization of more than $36 billion. If any of the allegations work in favour of the authorities, it could result in huge problems, stop of the operations in the US and, in particular, a loss of trust among clients. We don’t even have to discuss how this would affect the BNB price – a good example is the price of XRP.