Another stock has hit the spotlight and is all over the news. It was able to surge by 500% quickly, but now it's down again.

While many stocks are down by a lot because of the bear market, one stock was able to skyrocket by hundreds of percent in a matter of a few weeks. So let’s uncover the story of Bed Bath & Beyond.

What is Bed Bath & Beyond?

Bed Bath & Beyond Inc. is an American chain of domestic merchandise retail stores, and it was founded in 1971. The chain operates many stores in the United States, Canada, Mexico, and Puerto Rico. The company itself has a long history, as well as the stock, which had a public offering (IPO) in 1992.

The company has almost 1,000 locations in the mentioned countries with a $7.87 billion revenue in 2022. Its market cap is only about $1.2 billion compared to massive sales. However, the company is posting early losses and finds it hard to stay a profitable business. But it still got the world’s attention as its stock skyrocketed in August.

Bed Bath & Beyond stock was sitting at just $5 at the beginning of August, but the stock quickly grew to $30 at one moment, making an astonishing 500% gain in less than a month. Many investors may be confused about why and how this is even possible in such a bear market. The answer lies in rumors but authentic ones. 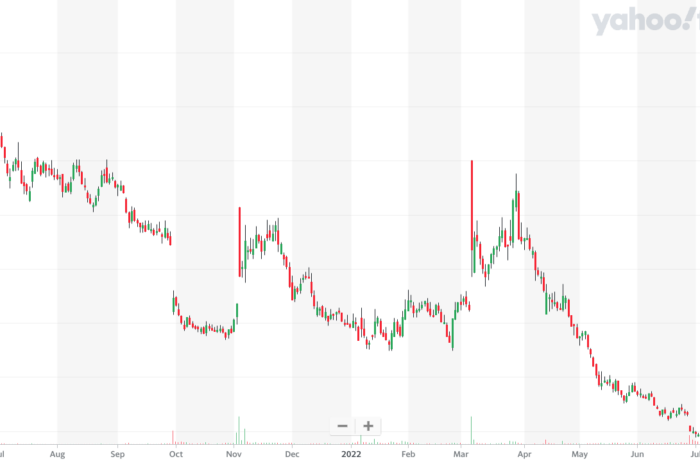 Reportedly, Ryan Cohen, a chairman of GameStop, bought a 10% stake in Bed Bath & Beyond company in March 2022 and also set call options on 1.67 shares with a strike price between $60 and $80 with an expiration date at the beginning of 2023. Ryan Cohen is not the only one who may have profited from this price surge.

You can also read: Is Ethereum 2.0 going to change anything?

There is also a 20-year-old USC student who made $110 million from trade on this stock. His name is Jake Freeman, and he reportedly bought 5 million shares of the company in July, just before it took off. At that time, it was $5.5 per share, worth $25 million in total. That is truly a great return for such a young man in such a short time.

“I certainly did not expect such a vicious rally upwards. I thought this was going to be a six-months-plus play…I was really shocked that it went up so fast,” said Freeman.

As Freeman and Cohen, the previously two biggest shareholders in the company, sold their positions, the stock price plummeted by about 63% from its peak just three days ago. Meme stocks really are volatile, and investing in stocks labeled as “meme stocks” could be a sign of a possible dangerous pump and dump move, so investors must be cautious.