The Australian dollar rose half a percent on Thursday, trying to defend this week’s gains as the USD has come under selling pressure today, pushing the AUD/USD pair toward 0.63.

Earlier in the day, data showed that Australia’s Employment Change increased by 900 instead of the projected 25,000 and 33,500 previously. Still, the unemployment and participation rates aligned with market expectations at 3.5% and 66.6%, respectively.

Moreover, the AUD/USD pair’s immediate downside is capped by the National Australia Bank’s (NAB) quarterly Business Confidence data, which increased to 9 from 7 before and 5 predicted.

Elsewhere, China maintained the prime rates for one-year loans at 3.65% and five-year loans at 4.30%, as anticipated, delaying the release of more monetary stimulus to prevent sharp policy divergence with other significant countries while it fights covid.

Employment Change in Australia increased less than anticipated. However, ANZ Bank economists expect a 25 basis point rate increase from the Reserve Bank of Australia next month.

“The September labor market data were softer than expected but support the view that a 25 bps cash rate hike by the RBA is the most likely outcome in November, even if there is an upside surprise in the Q3 CPI on Wednesday,” they said.

US data moving the USD

According to the US Department of Labor’s (DoL) weekly data released on Thursday, there were 214,000 new applications for unemployment benefits during the week ending October 14. This result follows the downwardly revised reading of 226,000 from the previous week and surpasses market forecasts for an increase to 230,000.

According to further information in the publication, the 4-week moving average increased by 1,250 from the previously reported value of 211,000 for the prior week to 212,250.

Furthermore, the diffusion index for current overall activity from the Federal Reserve Bank of Philadelphia’s Manufacturing Business Outlook Survey is still in the contraction zone for the second consecutive month in October. The gauge missed predictions for a reading of -5, coming in at -8.7 for the reporting month compared to -9.9 in September.

You may also read: Apple slides amid production cut reports

The short-term resistance is seen at previous highs near 0.6340, and if broken to the upside, the bullish momentum could accelerate, likely pushing the Aussie toward the 0.65 level really quickly. 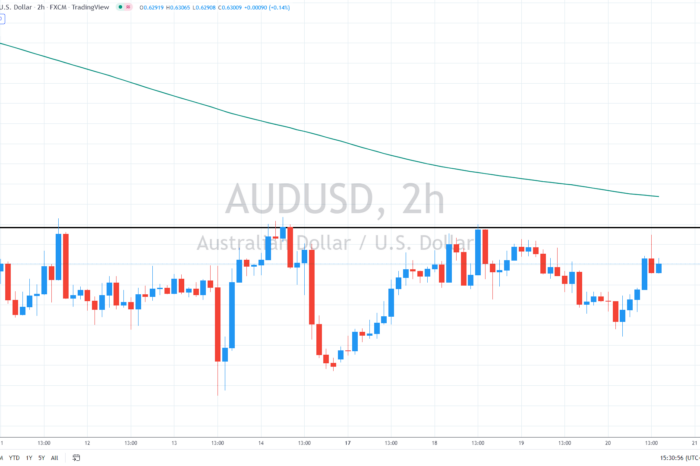