Are metals ready to extend their rally?

Gold, silver, and platinum failed to move higher after significant price increases. These metals are now at a crucial spot.

Metals have seen a significant price increase in the last few weeks. The rally was caused by a weaker dollar and possible lower rate hikes by Fed in the future, as inflation finally dropped even more than forecasted.

The yellow commodity was in a downtrend for almost a whole year, but an important thing happened recently. After gold found its bottom little above $1,600, the downtrend ended by breaking the trend line. Gold literally surged 10% in just two weeks, which is probably why there is a pullback to the downside happening right now.

Some traders probably already took their profits, but the biggest opportunity might still be ahead. After failing to get above the moving average (EMA200) and $1,800, gold is poised to move downward in the near future. However, the profit target shouldn’t be lower than the marked zone at approximately $1,700 – here’s why. 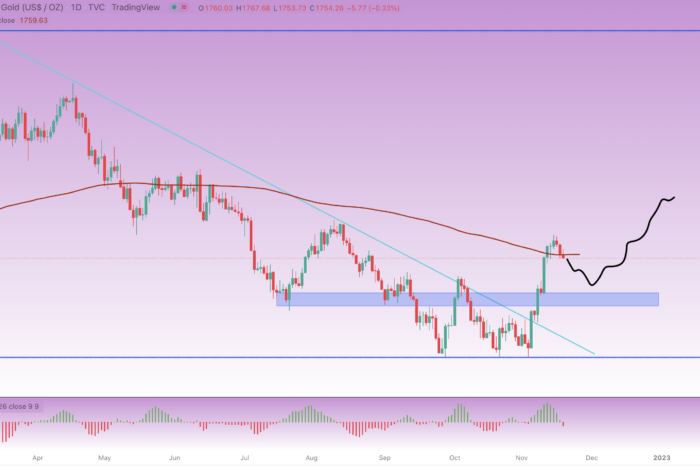 Gold was in an obvious downtrend for many months, but the downtrend ended with the dominance of the US dollar. Since the US dollar found its temporary bottom, gold entered an uptrend which is likely to continue soon. If gold bounces back up from the marked zone, it could be heading to $1,850 – $1,900 by the end of 2022.

Silver sits on a support

Silver moved very similarly to gold, bottoming at approximately $18. However, silver jumped much more in terms of percentages as it rose by more than 23%, a little above $22. The trend line with a level at $20.8 was also broken, but the price pulled back, offering a possible buy signal.

Silver is sitting on support and EMA200, offering a long-term buying opportunity after breaking the trend line. If silver manages to bounce from the current support, the commodity might be heading to $23 or higher. Nevertheless, the signal should be confirmed through some significant pin bar or an engulfing pattern before entering a long position. 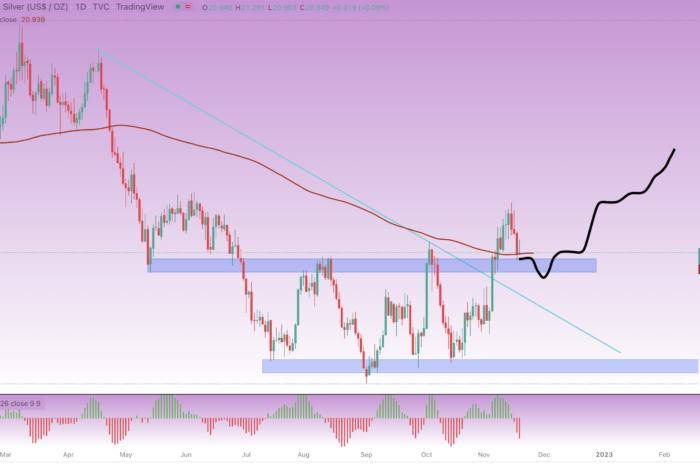 Platinum bounced from a trend channel

On the other hand, Platinum doesn’t really look so bullish. It is in a downtrend for a second year and refused to get from the descending trend channel. If the channel is broken, Platinum could head higher like gold or silver. However, a strong pin bar near resistance and a trend line sent the commodity lower.

Platinum managed to rise by 25% in just two months before peaking at $1,059. It may jump a little higher in the next few days because of the support and bullish divergence, but the long-term trend is still drawing the commodity downward. Platinum could be possibly headed to the support of $836 again, or even lower. 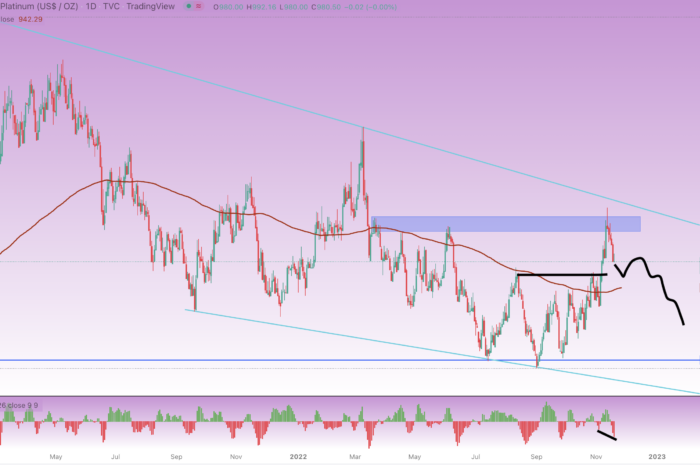 Metals had a small rally in the last couple of weeks, but its continuation is only about to be confirmed. That is why it is advised for traders to wait for confirmation and rather be bearish in the short run instead.