Alphabet flies to 1-mth highs after a massive lay-off

Bad news for employees, but certainly good news for the markets as the stock price is flying higher.

Alphabet Inc., the parent company of Google, joined the growing list of technology businesses that have disclosed intentions to slash personnel due to overhiring in recent years and worries of a recession. This will be the most significant round of layoffs in the history of the technology corporation, affecting almost 6% of its workforce.

Following the news, the stock price surged more than 4%, rising above $97 to the highest level since the middle of December.

Friday, CEO Sundar Pichai sent an email to staff regarding the layoffs, which was uploaded on the company’s blog with the subject line “A painful choice to set us up for the future.”

Nonetheless, he stated that Google was preparing to “offer some whole new experiences for users, developers, and companies” and that the firm has “a significant potential with AI across our products.”

According to two sources familiar with the topic who spoke to Reuters, the corporation has been preparing a significant AI rollout. One of the reports said that it would occur this spring.

Furthermore, Microsoft said this week that it will eliminate 10,000 positions, or less than 5% of its staff, due to economic concerns and that it will focus on incorporating more AI into its products in the future — a sentiment shared by Alphabet CEO Sundar Pichai in a message.

In a blog post, Microsoft CEO Satya Nadella stated that he intends to eliminate 10,000 employees, or around 5% of the company’s workforce, by the end of the year.

As he spoke with customers and partners, Nadella began his tenure by stating, “It is abundantly evident that we are living through a period of profound change.”

You can also read: Weaker US dollar reflects on Thursday’s trading

He stated that the firm, operating for over half a century, will suffer a second-quarter charge of $1.2 billion due to the transfer. As macroeconomic challenges continue to intensify, Amazon, Meta, and others have also recently announced layoffs.

The stock price has jumped above the medium-term downtrend line, effectively canceling the bearish trend. The next target is expected to be in the $104-105 zone, where previous highs and lows will be converged with the 200-day moving average (the blue line).

On the downside, the support is now near $92, where the broken trend line is. 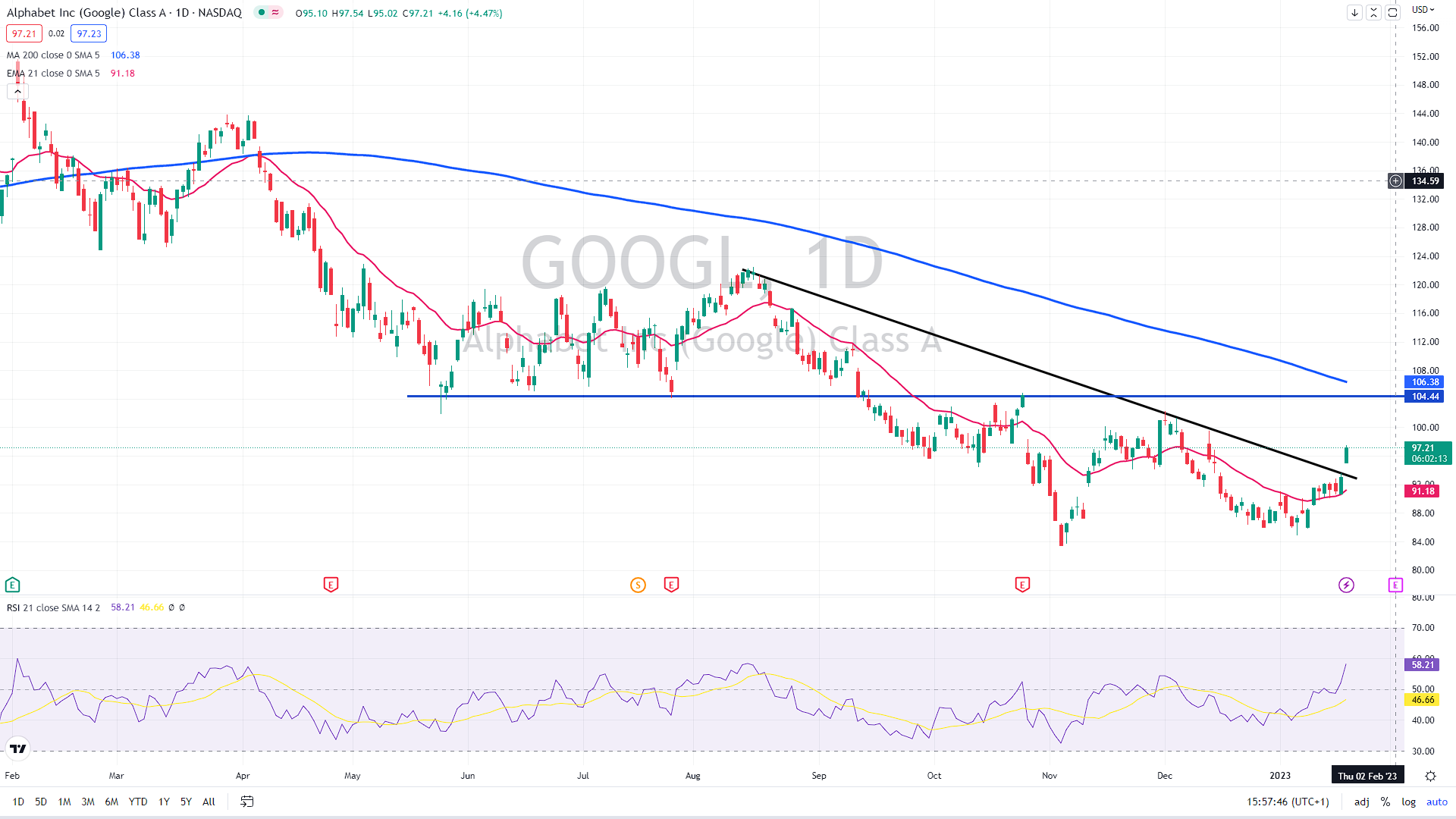