$3,500 per Bitcoin as the worst case scenario? Not so fast

While the whole crypto market is bleeding throughout 2022, many investors are starting to look for a potential bottom.

The chief market strategist of InTheMoneyStocks.com, Gareth Soloway, has predicted that Bitcoin (BTC) as the leading cryptocurrency would likely correct more as it continues to struggle with the macroeconomic climate.

Soloway claimed that the worst-case scenario for Bitcoin is a correction towards $3,500. He added that if this level is reached, the cryptocurrency’s growth will probably resemble that of Amazon shares during the Dot-com bubble. He thinks Bitcoin might bottom in a year.

“There will be a pivot in Bitcoin as it matures as regulation helps people feel more confident. I think in the near term we’re going to see a little bit of a bounce then a wave down to $12,000 to $13,000, and then I do worry that you’re going sub $10,000 to $8,000 maybe even worst case scenario $3,500 very small percentage but that would be the equivalent of Amazon.com collapse in the dot com era,” claimed Soloway.

Soloway thinks that when Bitcoin develops and separates from stocks, it will probably be viewed as gold. The experts also issued a warning that the divergence from stocks might take time to manifest.

Soloway continued by saying that institutions’ willingness to invest in the field will be essential to Bitcoin’s future growth. However, he stands by the opinion that institutional investors can only participate in this space in the regulatory framework. Soloway states that the extended dollar movement could kill risk assets like Bitcoin, but is that really so?

Why $3,500 Bitcoin is unlikely to happen

In a conversation today: "you know #bitcoin dropped from $50k to below $20k now."

If anything, Bitcoin is digital gold, not gold, and performs far better than the yellow metal. Bitcoin may have suffered enormous losses this year, but this is nothing new. Looking back at the historical data, Bitcoin always falls after solid price expansions as other assets did. High interest rates and inflation hurt Bitcoin too, but the probability of Bitcoin falling by 95% to the 2018 low is unlikely. Here’s why.

Cryptocurrencies did not start with institutional investors, but with a few people entering the space at a time. Their entry into the space is not essential, but it will definitely help Bitcoin grow.

Read more: Inflation breakdown – Not as bad as it seems 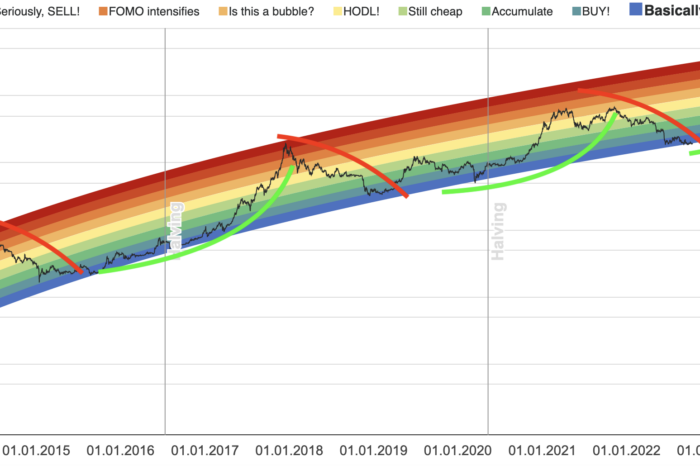 Now it begs the question of whether the bottom is in or we are close. Nevertheless, it should be one of both, as all indicators point to a potential low. Bitcoin fell to the lowest part of the Rainbow chart, which is supported by a former all-time high (ATH) level from 2017. Bitcoin and altcoins tumbled after US CPI data, but then they pumped back up, bringing Bitcoin close to $20,000 once again. 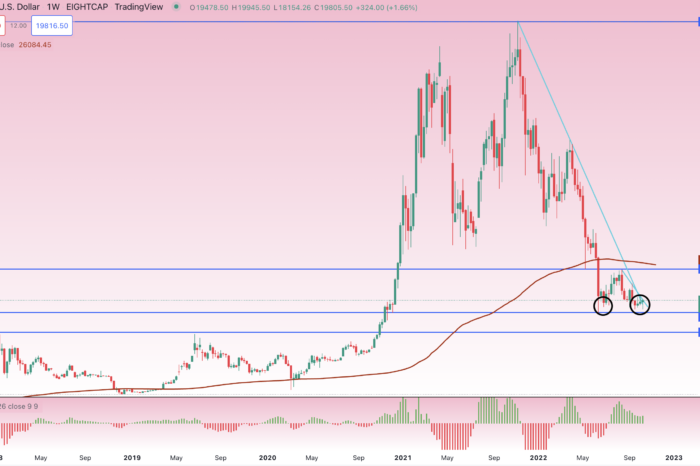 When Bitcoin breaks the trend line in the chart and a potential bottom is confirmed, we may start looking for a pullback upward above $25,000. As shown in the tweet, the RSI indicator is totally oversold, with Bitcoin a little below the 200-day moving average (SMA). It worked three times in the past, but will it work now? This is basically a fire sale signal.

This strategy has proven to be bulletproof in the past

Everyone being pessimistic about the future development of Bitcoin is nothing new. The media proclaimed Bitcoin dead a million times, but it is still here. While it can still go lower, $3,500 per Bitcoin is very unlikely.

Moreover, it would be better to dollar-cost average or buy and hold rather than look for the exact bottom. This is because you don’t need to catch the absolute bottom. It’s not about timing the market but about the time in the market.